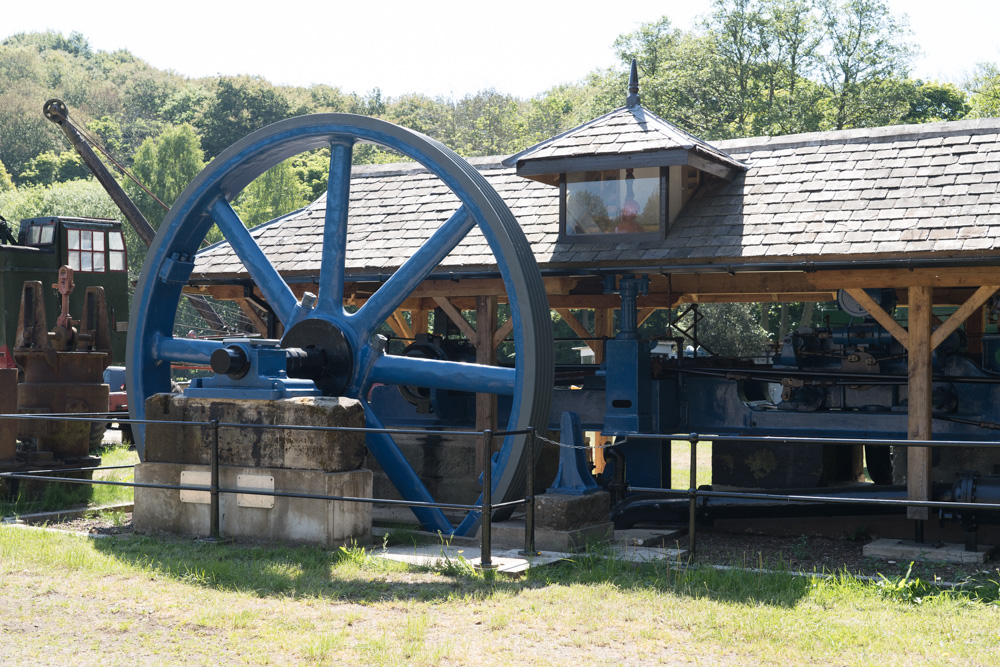 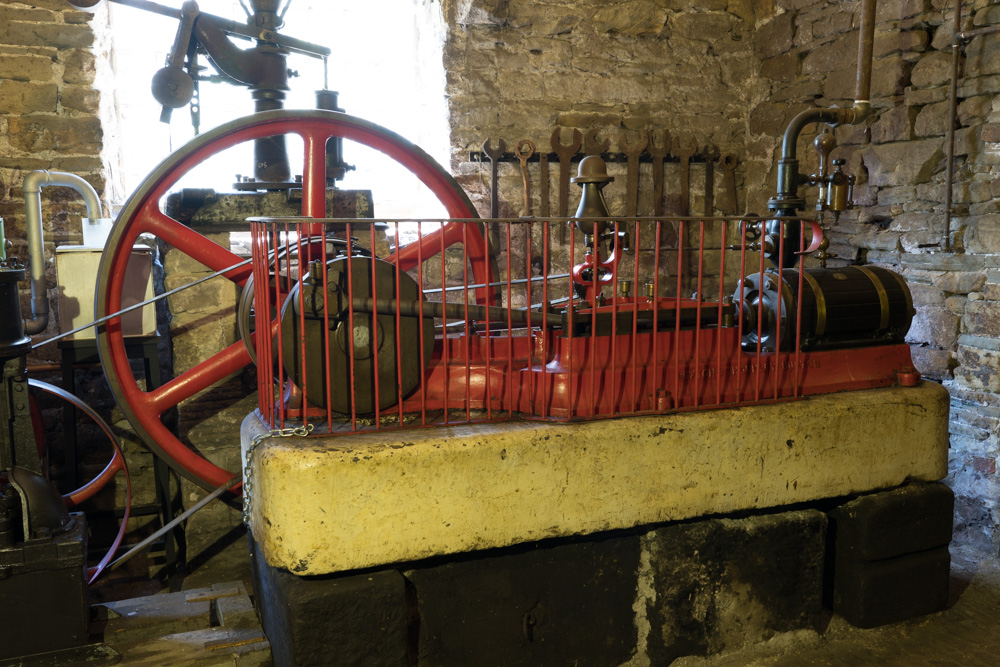 From a woodworking business at Bamford 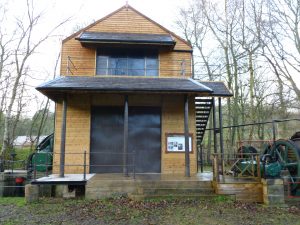 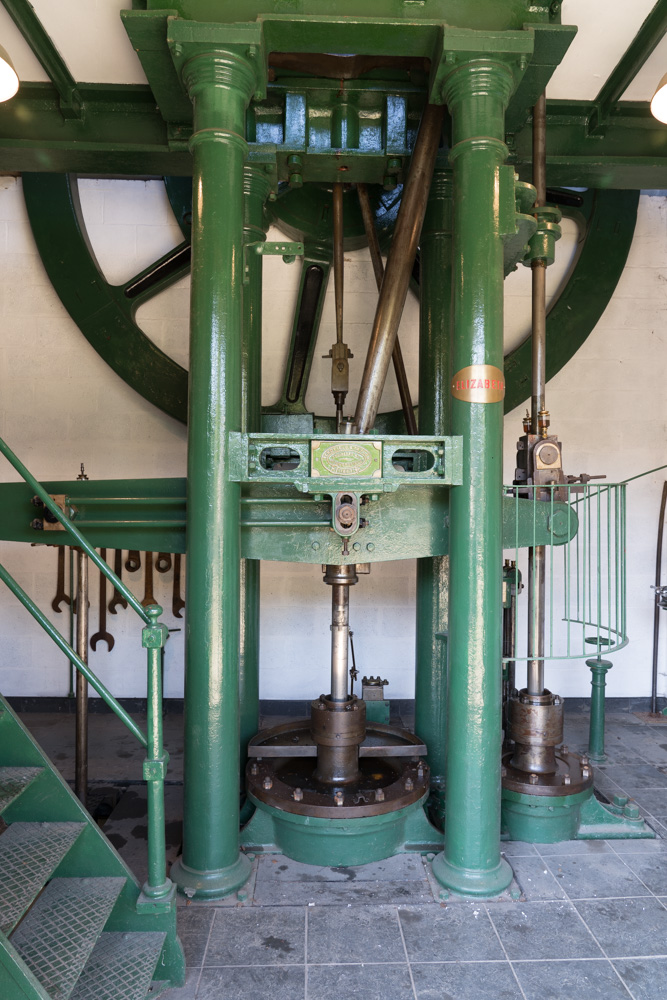 Elizabeth was built by Schofield & Taylor of Huddersfield in 1887 and rescued from Clough Textile Mill at Slaithwaite by Ken Hawley. 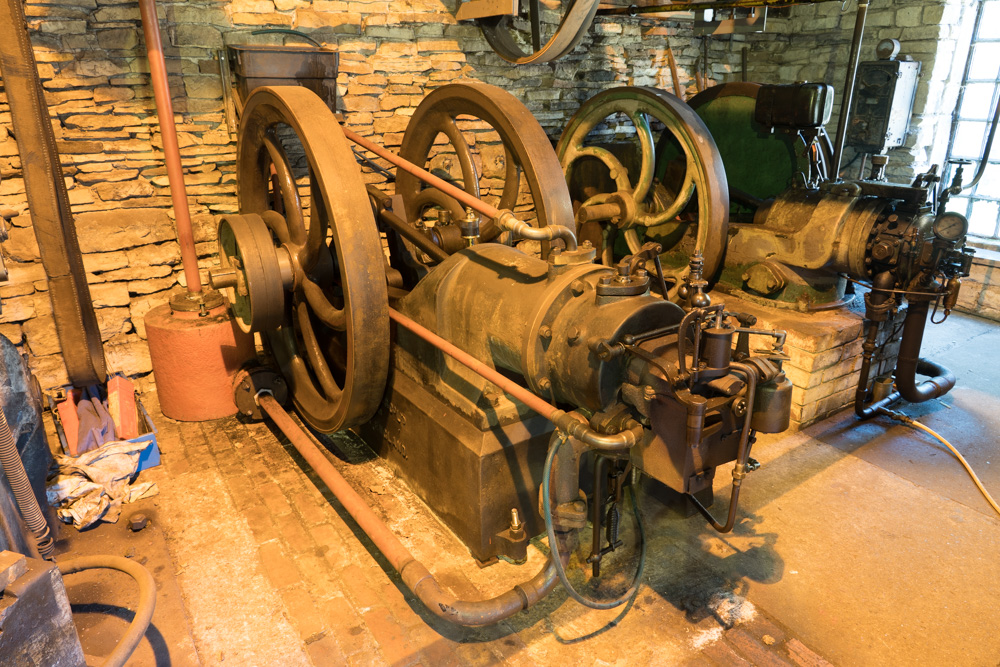 The Cundal Engine from Midhopestones is a 1904 diesel engine with a hot bulb warmed by blowlamps. 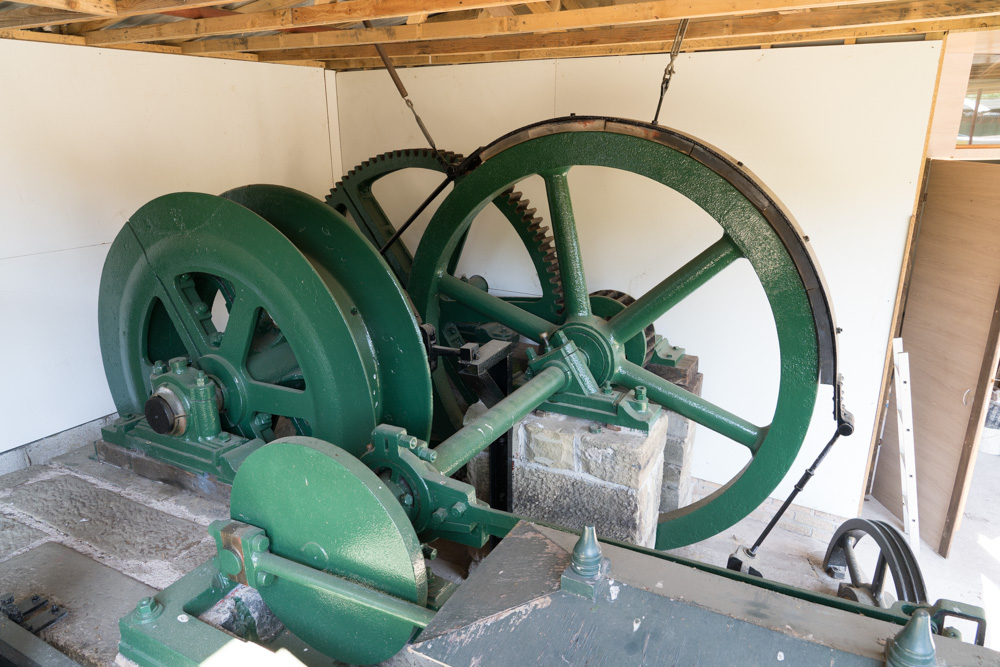 This pit winding steam engine is reversible by a Stephenson link and is fitted with the necessary brake. 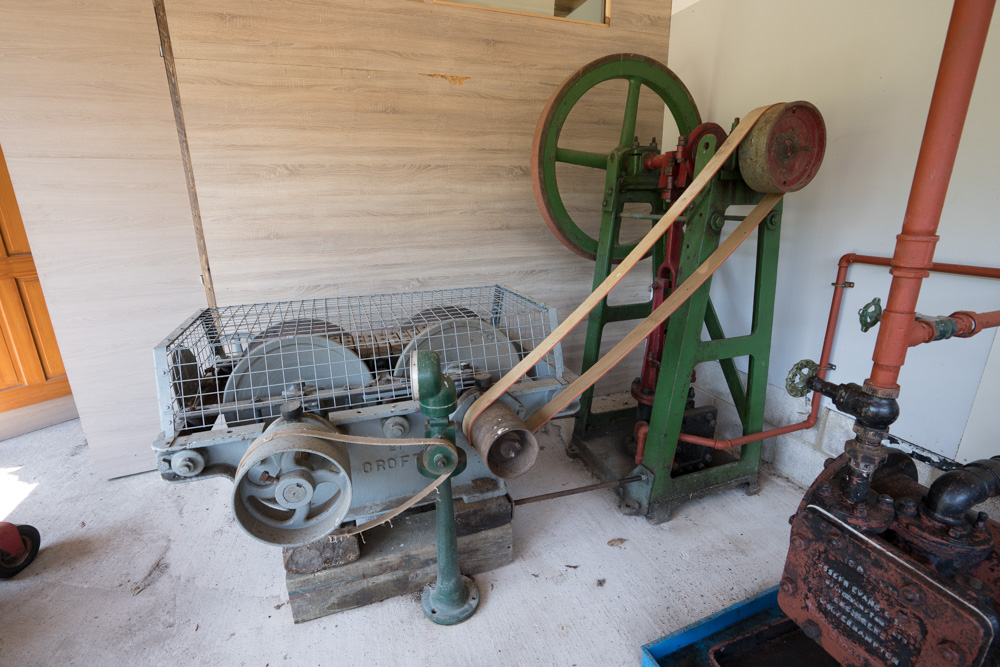 Markham portable steam engine was used when reboring cylinders of colliery winding engines. Here it is connected to a variable speed device by Crofts. 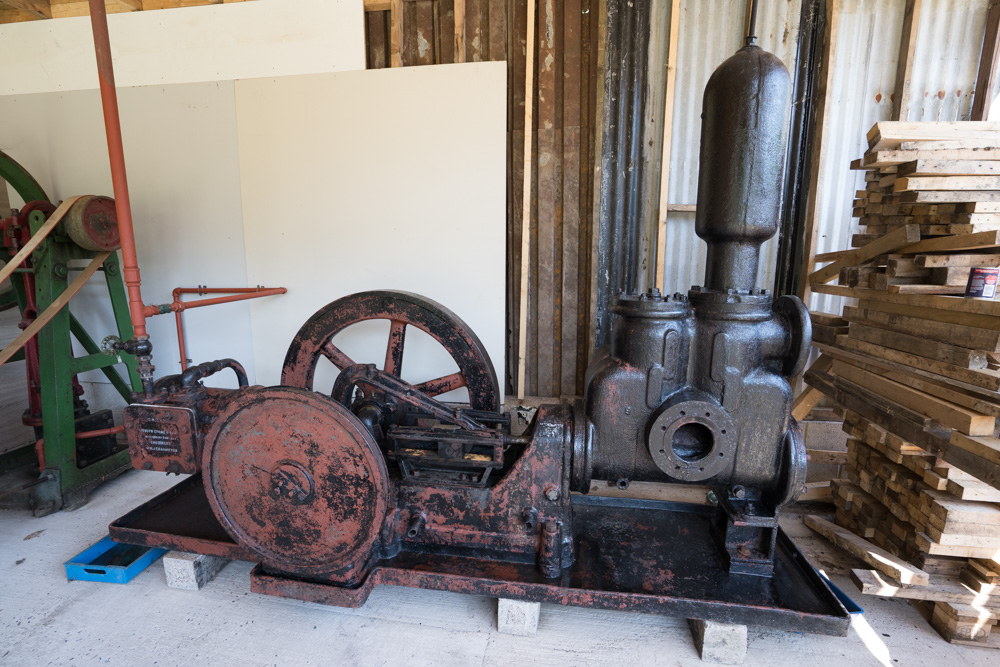 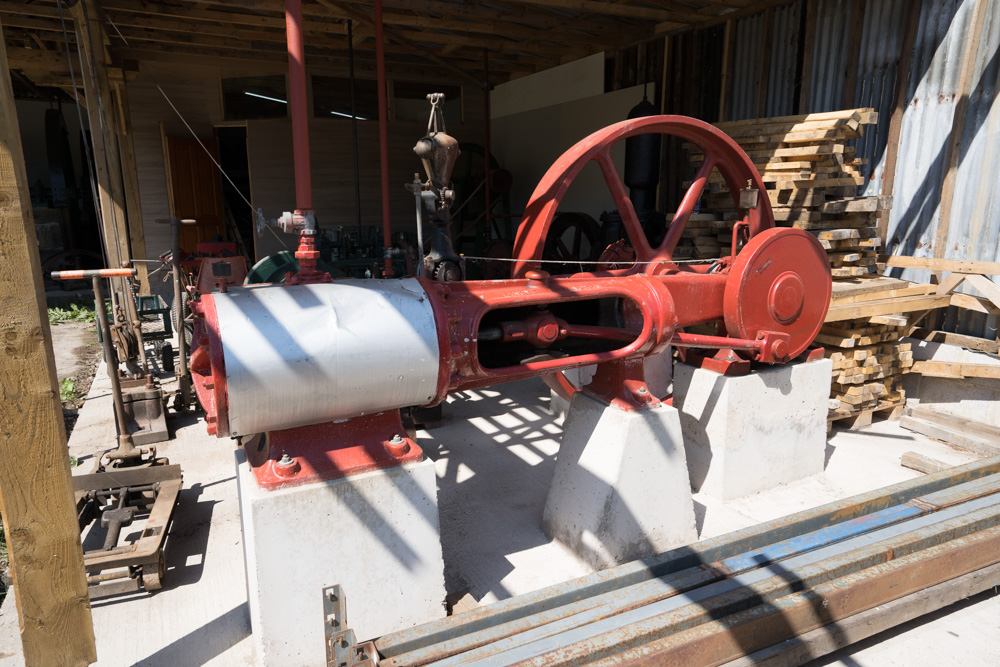 Tangye engine made in Birmingham 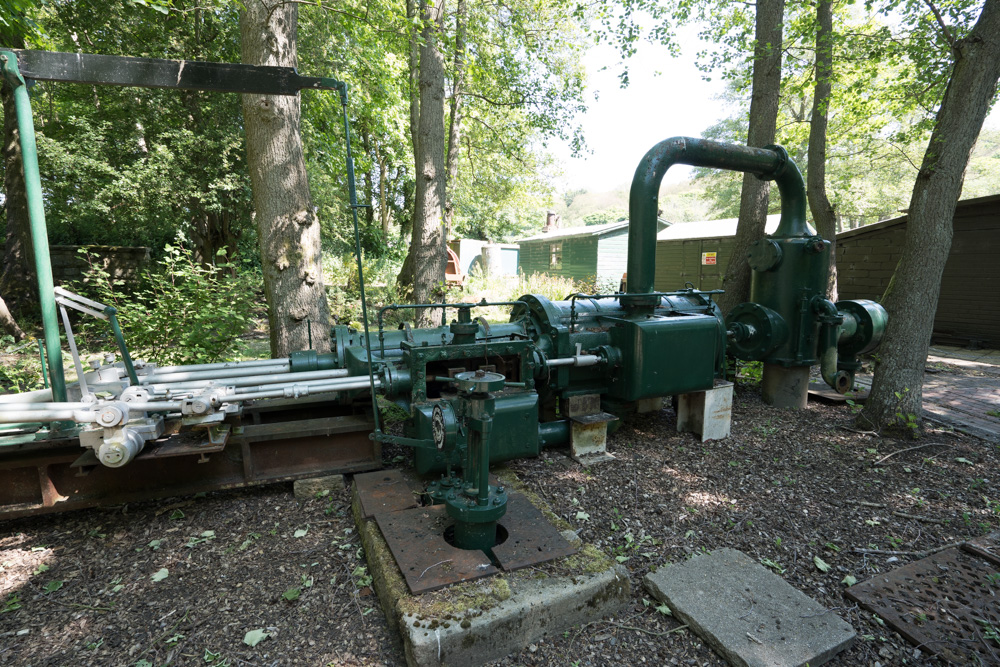 The Gladstone engine has been erected but cannot be operated. The base plate was scrapped before it could be rescued. 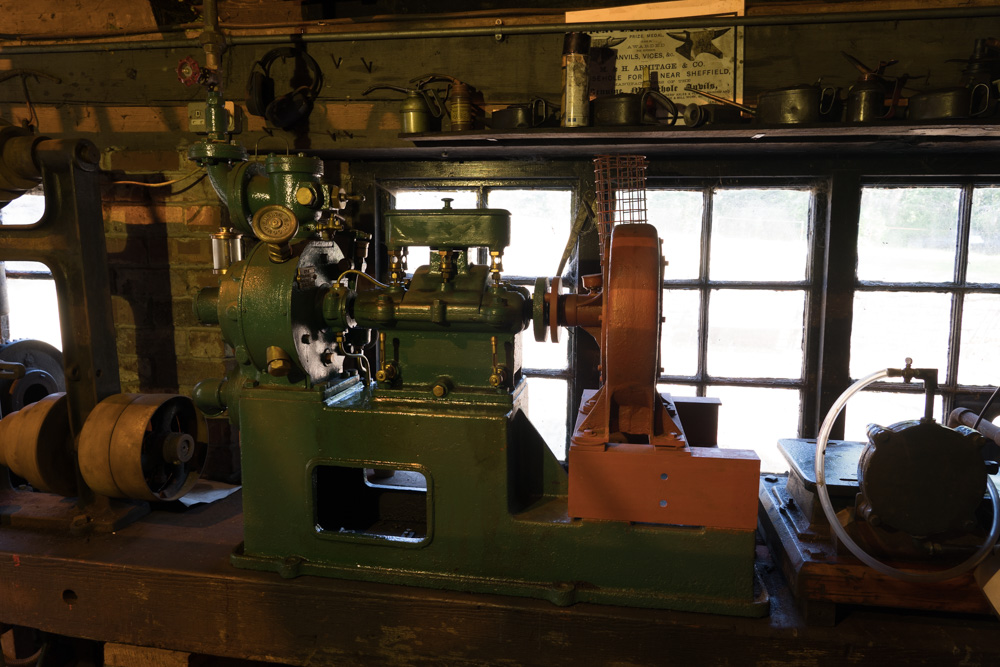 The De Lavalle steam turbine was manufactured under licence in Leeds by Greenwood & Batley. 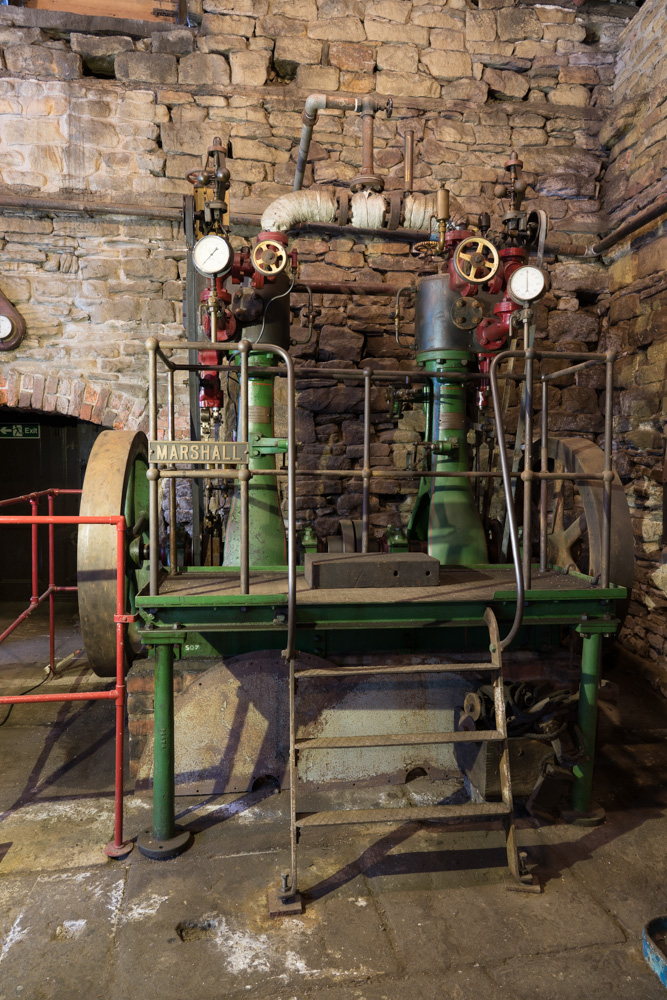 These Marshall traction engines were installed at Rotherham College for students to work on. 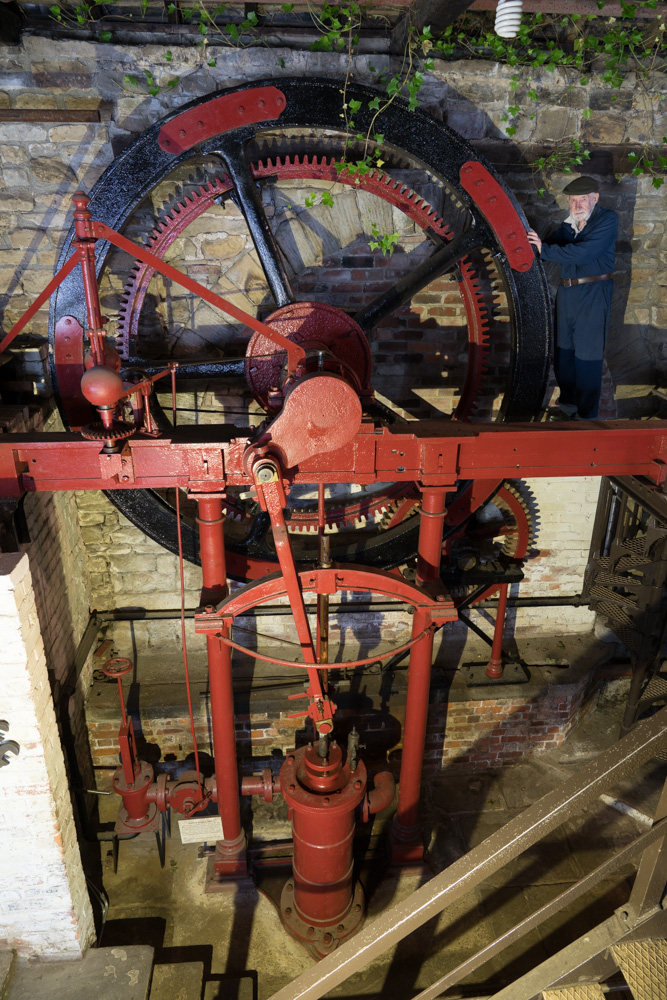 The Neepsend Gasworks engine ran the mortar mill so that the ovens could be bricked up when coal was converted to coke and town gas distilled off. 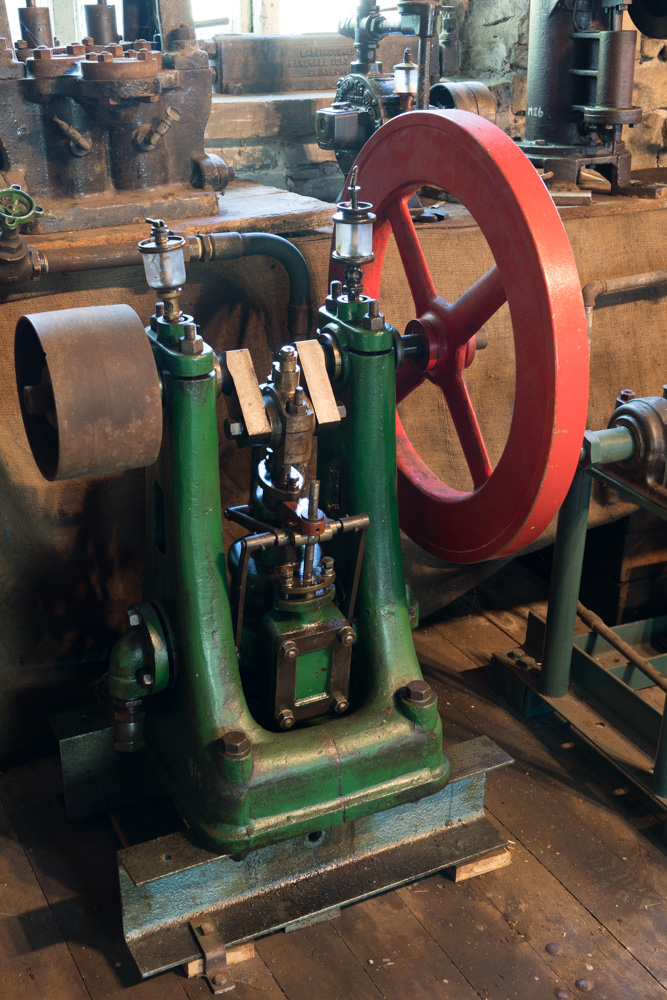 The oscillating engine piston rod is connected directly to the crank and the whole engine pivots during operation. 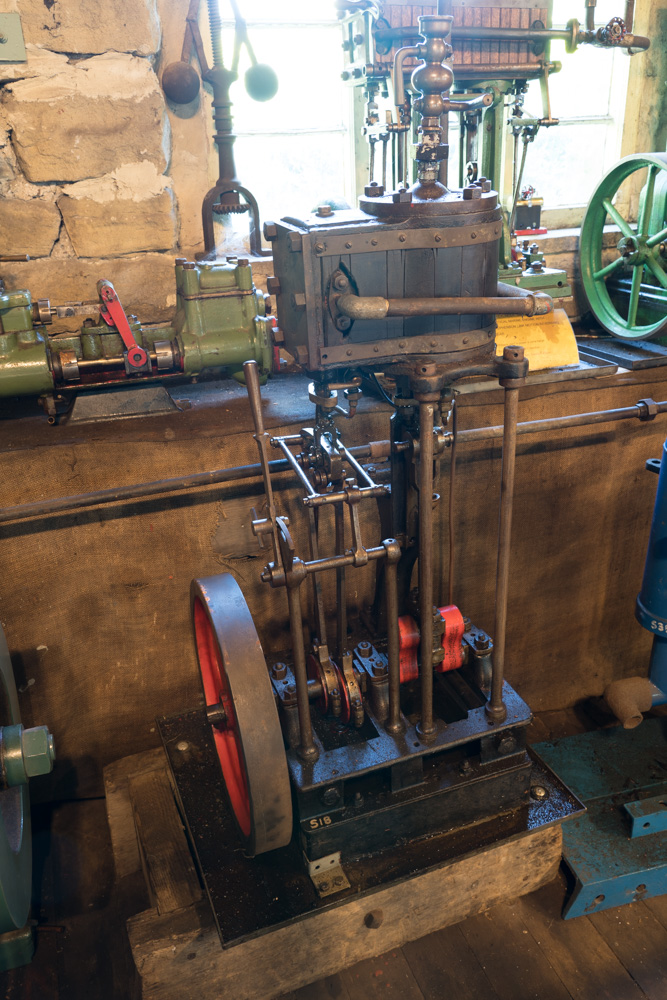 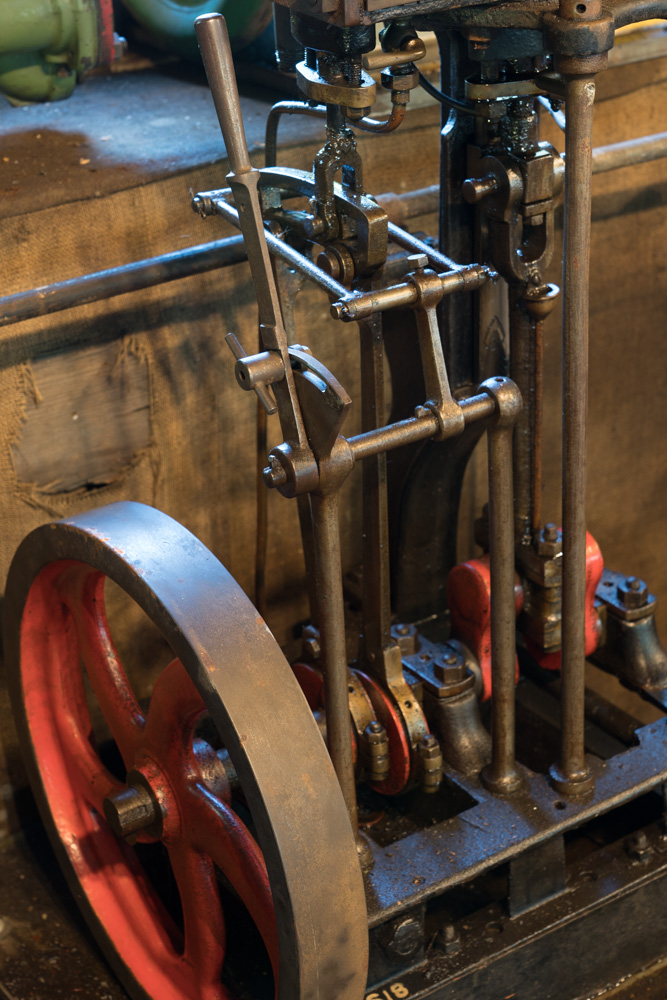 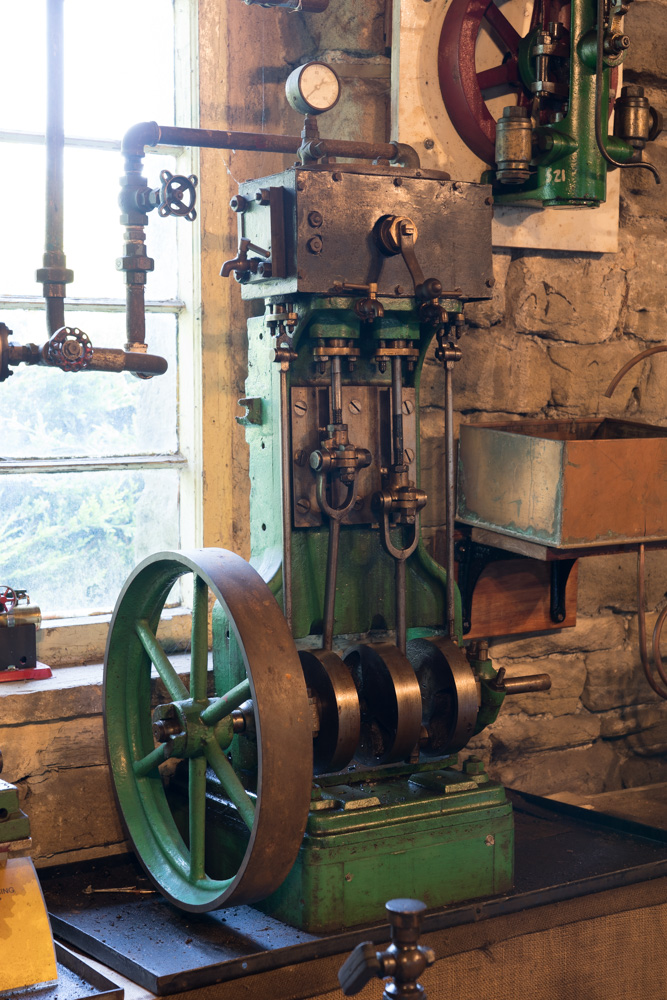 This twin cylinder lawnmower engine was manufactured in Leyland. The steam was raised by an oil burning heater. 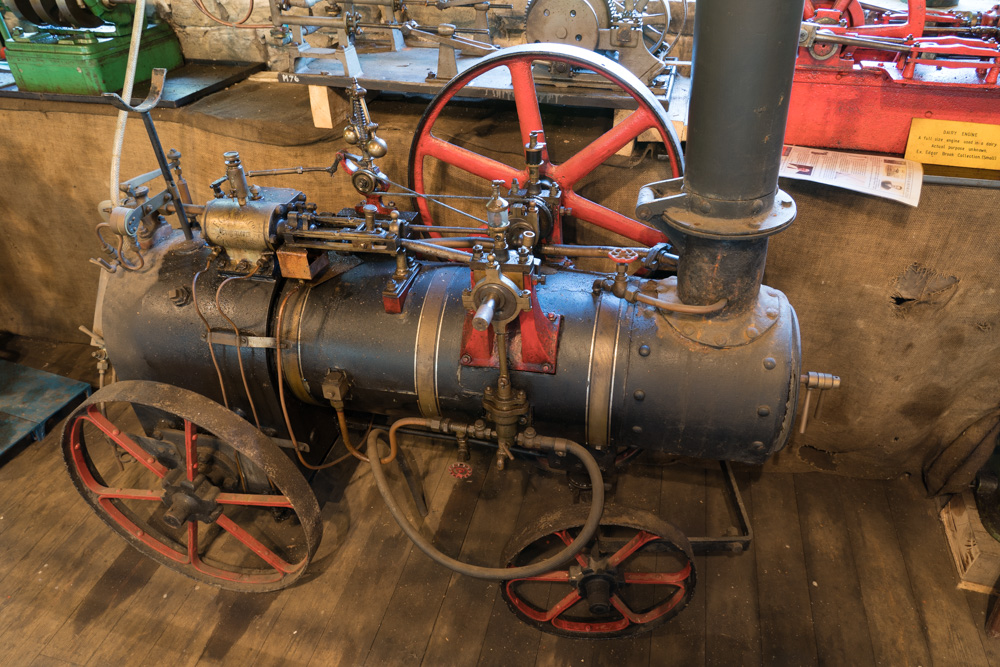 This engine was installed on the shooting gallery. It may have powered the generator to provide electric lighting. 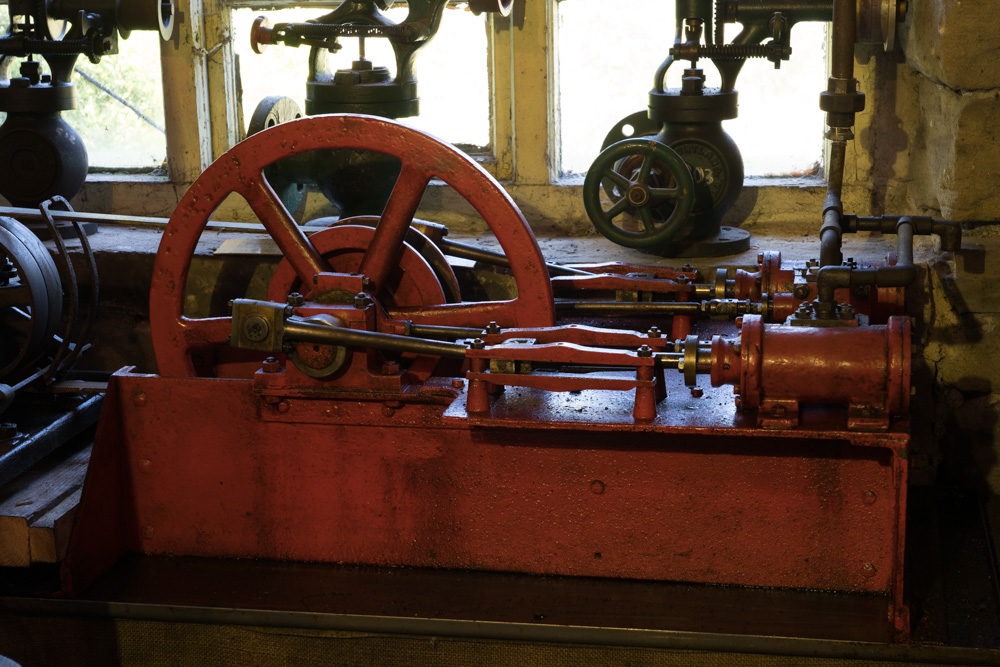 This steam engine was installed in a farm dairy 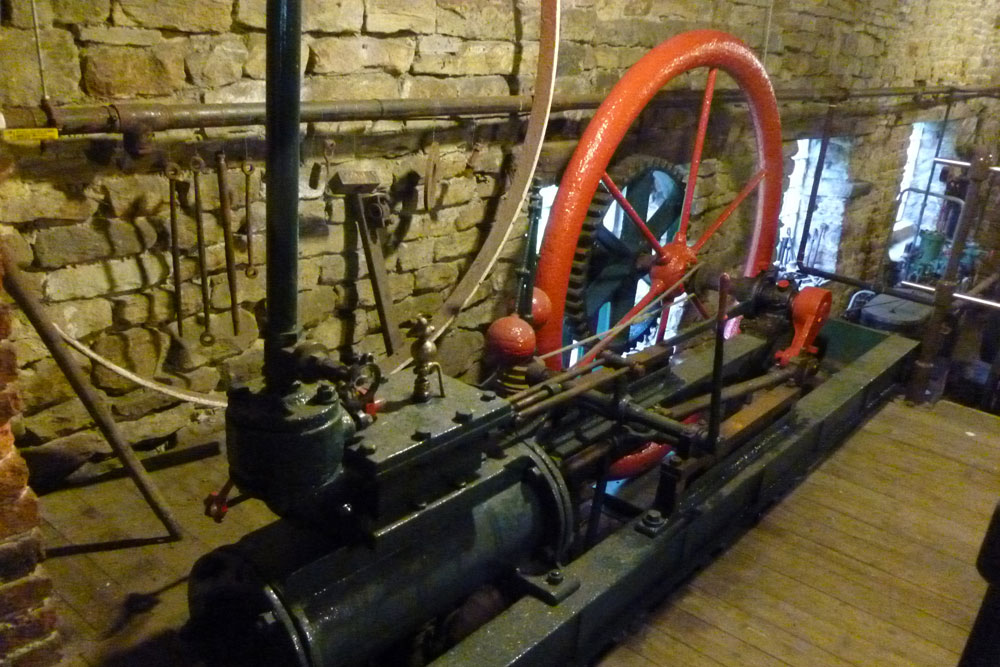 This engine powered the mill whenever the water wheel lacked water. Pestles and mortars can be seen at Kelham Island Museum 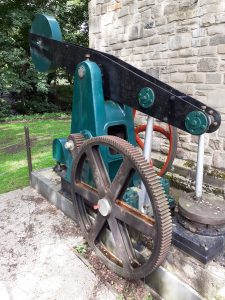 A Nodding Donkey pump. It pumped up cooling water for a Huddersfield factory. Driven by an electric motor.